#PositiveNews Trump or Obama?
201,000 new hires joined the U.S. workforce in August, the 95th consecutive month of job gains. From Septemeber 2010 until today the economy has added 18,914,000 workers; the labor force has grown from 130 million to 149 million. According to the BEA, per capita output is close to $60k per person, which equates to a whopping $1.1 trillion in economic activity. Gross Domestic Product (GDP) has risen from $15 trillion to over $20 trillion. Employment expansion is the lifeblood of the economy; with employment growth comes increases in standards of living. Who deserves the most credit: President Obama or President Trump? I believe the American workers at large are the doers and mostly responsible for this herculean march forward in payrolls. So give yourself, a hardworking American, a pat on the back. And, have a super weekend knowing you are employed! 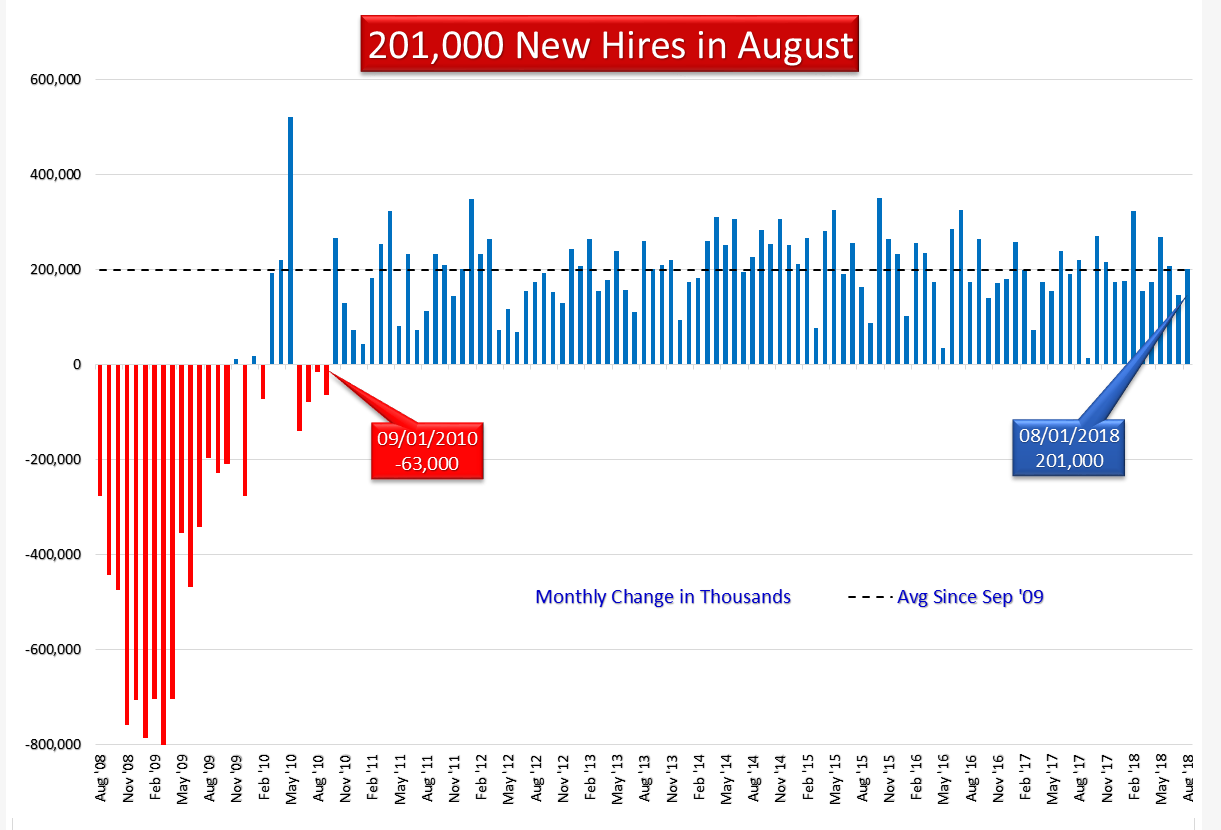