Riding with the Mates from Down Under 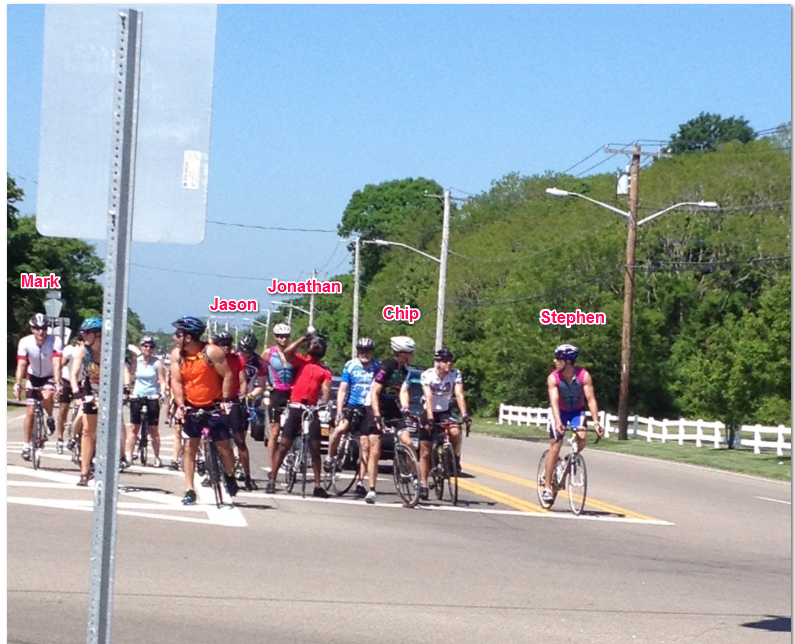 This past weekend, while traveling to New York City for business, I decided to take the liberty of staying for a couple of extra days.  With access to Broadway shows, world class entertainment and activities galore, why not?  Instead of doing all the traditional stuff, I decided on a bike ride.  It was a ride to be remembered!

I showed up at Madison Square Garden for this leisurely jaunt, pretty much like any other patron looking for adventure at 5:20 a.m.  I immediately met a strong looking chap and introduced myself.  His name was Mark, a veritable powerhouse from Australia (his accent slipped me and I thought until today that his name was Mock, which I called him throughout the excursion).  Mock subsequently introduced me to his three other fellow Aussies (understatedly dressed in pink) and then off we rode.

At one point there were over a dozen of us venturing to complete this journey together.  That all changed when the boys from down-under decided to skip the first rest stop.  The weather was superb and each of us felt pretty good up to mile 100.  At this point I’d become part of the Aussie race team and the only remaining American (a Tennessean).  Stephen, a true statesman with ancestors from TN, had a dignified surname to boot.  Jason, a veritable force of multiple disciplines, was a complete gentleman.  Jonathan (a class act) played by his own set of rules governed by supreme fitness and mental resolve.  Lord Mock Power, a real mate, treated me, a complete stranger, as one of the boys. Mock, a cyclist whose ability is synonymous with his family name, was doing this event as a training ride for the Pyrenees 500.

So, here we are 150 miles later in Montauk, NY and you’re probably asking yourself what this writing has to do with the investing in financial markets?  I can answer that question in less than a minute.